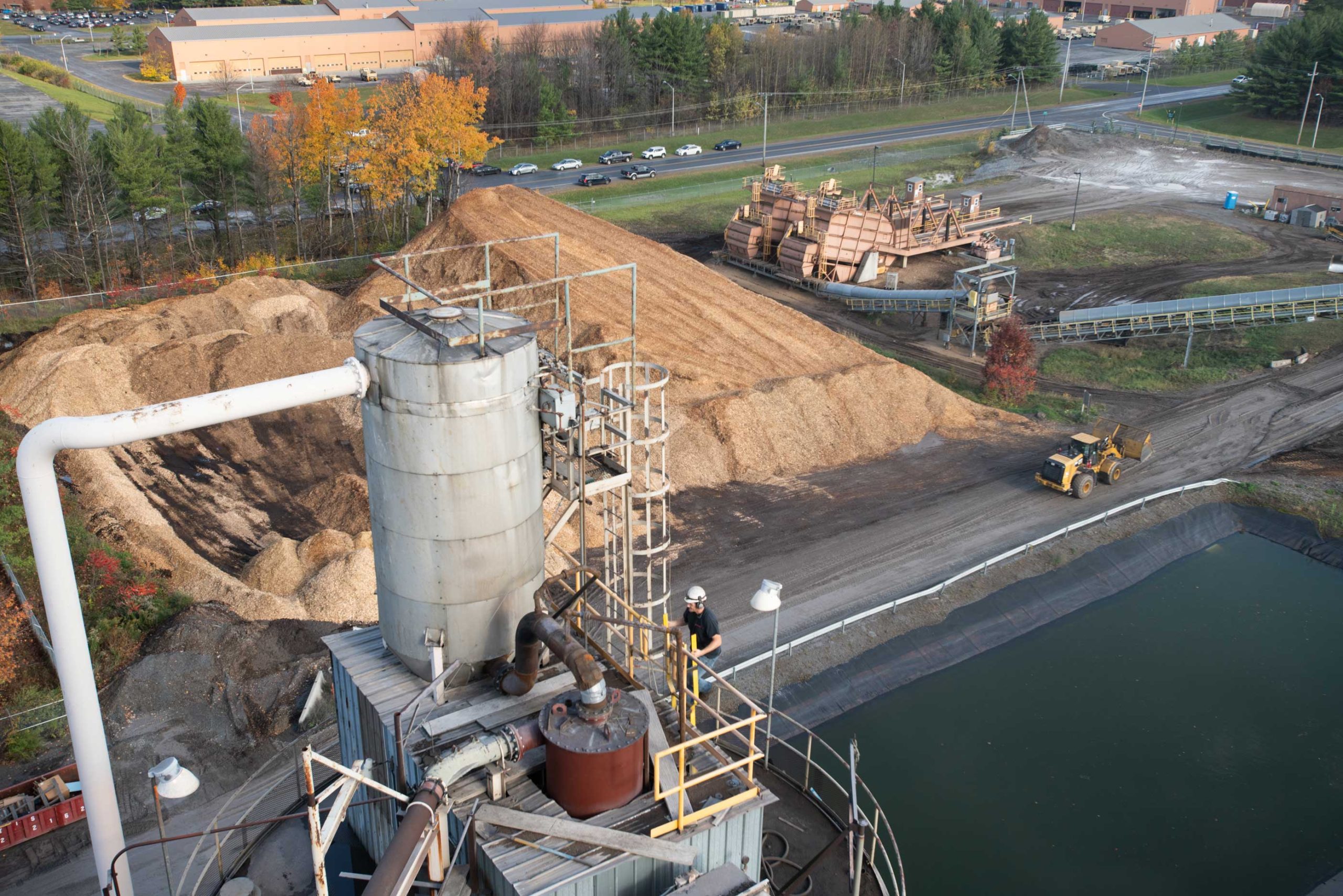 ReEnergy Black River is located inside the fence at Fort Drum, the U.S. Army installation near Watertown, NY, which is home to the Army’s 10th Mountain Division. The facility, which has 60 megawatts of generation capacity, had previously burned coal to produce electricity under previous ownership. After purchasing the facility in late 2011, ReEnergy converted the primary fuel source to sustainably harvested local biomass, investing more than $50 million to retrofit the facility and to construct an intertie system that directly connects the facility to Fort Drum’s two substations.

ReEnergy Black River is a catalyst for sustainable economic growth in New York’s North Country and Central New York, serving as an important end-market for residue from logging companies and mills and supporting more than 300 direct and indirect jobs.

The ash byproducts from ReEnergy’s biomass facilities are available for use in various industries.

Fly ash, also called “wood ash,” is a fine material that is collected out of the back end of the boiler and conditioned with water. Wood ash is produced from the combustion of clean wood and bark and can be used as agricultural soil amendment for balancing soil pH and enhancing nutrient levels.

The ReEnergy Black River facility creates a byproduct of fly ash that can be used beneficially to encapsulate and solidify semi-solid and liquid wastes, creating stable products that can be landfilled. 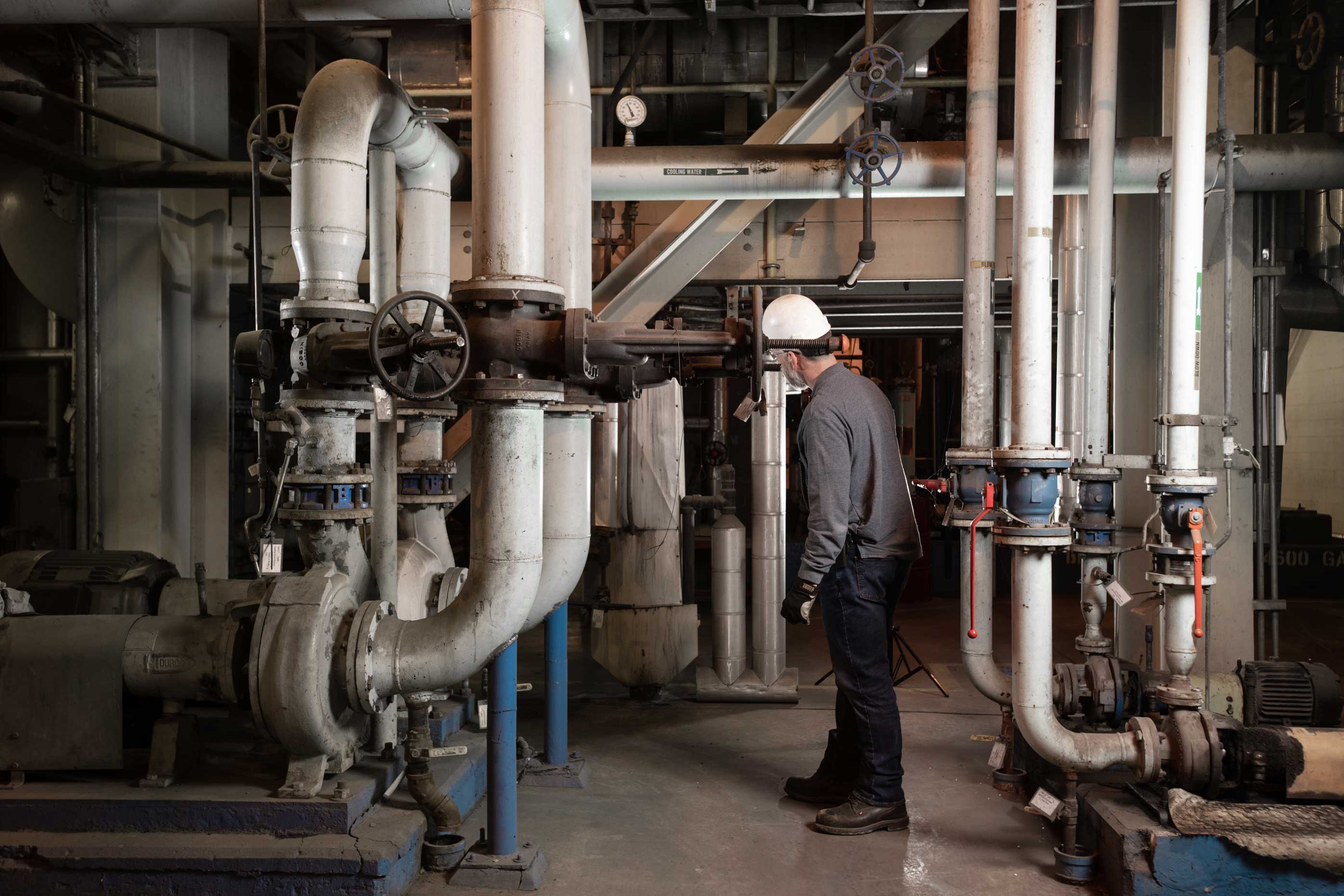 ReEnergy Black River has the capacity to produce approximately 422,000 net megawatt-hours of electricity each year – enough to supply the power needs of about 55,000 homes.

The facility operates three Ahlstrom/Pyropower circulating fluidized bed boilers and a 61-MW Dresser-Rand Condensing Steam Turbine and EM Generator, in addition to two truck dumping stations, a fuel yard, a fuel conveyor belt system, a cooling tower and an electrical switchyard. The facility itself is nine stories tall and 30,200 square feet in size.

Under the terms of a 20-year renewable energy supply agreement, which commenced November 1, 2014, ReEnergy Black River provides secure, renewable electricity to Fort Drum and supplies 100 percent of Fort Drum’s electrical load. The contract was the largest renewable energy project in the history of the U.S. Army, and places Fort Drum as a leader in meeting Army’s ambitious renewable energy goals. The facility’s remaining electrical output is sold to the region’s electricity grid. The facility is capable of producing enough electricity to supply 100% of Fort Drum’s current and anticipated future electricity demand in addition to excess power to the region’s electrical grid for sale to homes and industries. The on-site capacity of the fuel storage area at Fort Drum is approximately 28,000 tons, which is sufficient for more than 30 days of operations if the Black River facility is operating in an island mode and supplying electricity only to Fort Drum at its maximum 28-MW load.

Under the terms of a 10-year Main Tier contract under the auspices of the New York State Renewable Portfolio Standard, which commenced in June 2013, the ReEnergy Black River facility sells renewable energy certificates (RECs) to the New York State Energy and Research Development Authority (NYSERDA).

ReEnergy Biomass Maine LLC, which operates biomass power facilities in Androscoggin and Franklin counties, has been awarded $523,900 in grant funding to produce biochar….

The ReEnergy Stratton facility enjoyed a strong year in 2021 across all measures – safety, production, reliability and fuel procurement….

ReEnergy Stratton began a new program in July 2020 to market its wood ash to farmers, providing an affordable and nutritious natural fertilizer substitute to 65 Maine…

ReEnergy Livermore Falls provided financial donations to several organizations at year-end, and has supported some of the community organizations for more than 10 years….

The ReEnergy Livermore Falls facility has added a second fuel yard so it can accept more fuel from suppliers….

The team at ReEnergy Livermore Falls celebrated a safety milestone today – 2,000 days without a recordable injury or lost-time accident….

The team at ReEnergy Black River celebrated a safety milestone today – five years without a recordable injury or lost-time accident….